Capitalism has achieved a new Social Order in its late modern global capitalism. The corporate executive,  Donald Trump, is now is President of the US. 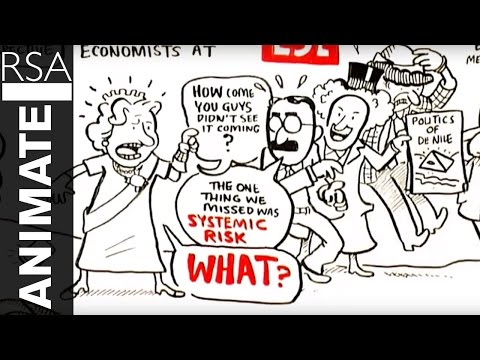 Extending from David Harvey, I will venture to say, this election will not do anything positive to help the Public Research University (PRU). Trump has made no promises for the PRU. I would like to suggest it is moving rapidly away from John Dewey’s ideas about democracy into the PRU as Academic Capitalism.

There is something distinctive about the current variant of neoliberal Public Research University (PRU) education. There has been a shift in collective intelligence (John Dewey) form clan, to hierarchy, to market. Can the PRU reconnect with its social mission, to elevate the collective intelligence of the people to guide what John Dewey (1937) calls ‘collective action; ?

The Public Research University (PRU)of full participation of all, is being thoroughly transformed and dismantled, into a generator of inequality. The push toward mass public higher education for all has been displaced by a push to maximizing economic efficiency in the ‘global knowledge economy.’

Lawrence Busch tells it like it is. He critiques all the journal ranking, the university ranking, the obsessing the faculty, auditing us incessantly:

I want to make a factual case, and will start with the income gams in the postwar decades, followed by decline in recent decades.

The PRU had made a contribution to the democratic life of a nation after WWII, until the decline began in the 1970s. Now look what happens after the 1973 oil crisis:

Now the PUR is expected only to contribute to a nation’s economic growth. Training for career employment of skilled workforce, and development of research that has commercial value to corporations. Teaching is being separated from research, as adjuncts and teaching assistants increasingly take over teaching undergraduate courses, while  new faculty seeking tenure and fully tenured faculty do the research. Ellen Shrecker the historian, has got an amazing history of the shift in the PRU from WWII till now.

“Something massive and important has happened in the United States over the past 50 years: Economic wealth has become increasingly concentrated among a small group of ultra-wealthy Americans: (Alvin Chang, May 23 2016, vox.com).

The rich got richer, and the poor got poorer since the 1970s. http://www.vox.com/2016/5/23/11704246/wealth-inequality-cartoon  “So here we are in the 1930s. This is when we start seeing a strengthening of labor unions, a federal minimum wage, the establishment of Social Security and unemployment insurance, and increased taxes on the wealthy and corporations. Economist Paul Krugman calls this phenomenon “The Great Compression” because these policies created a lot more parity — and held inequality at bay for about 40 years.”

If nothing is done to redress income inequalities by improving access to PRU, the prediction is there will be 25 percent less upward mobility (vox.com).

Effective operation of a ‘free’ market for PRU education is now the priority, while producing democratic citizens is marginalized. PRU access is no longer open to every student who would like to pursue it. Rather those students with access to tuition discounts, and to loan debt, have access.

The corporate form of PRU, matches the transformation of the corporation itself. And the corporation is becoming more like the university, in the emergence of the knowledge economy.  The PRU is now a management structure of cost centers and managerial decision making in a marketization of all PRU functions, and its subordination to global, market-based knowledge economy. This promotes widening inequality, pricing it out of the possibility for more and more students. This is a radical system modification of the university, and its role in society, and the market economy. Democratic inclusion becomes less and less possible with the deterioration of the PRU role in increasing social mobility by increasing access to education.

The ending of direct public funding of PRU is having an impact on student loan debt, and is accelerating inequity, that is dramatically affecting our democratic life, and reemergence of inequality and lack of social and economic mobility. It is the de-professionalization of public and social services, as they serve customers rather than clients, and is reduced from deomocratic-citizen to bureaucracy to the market (in a fulfillment of the corporation under conditions of transaction cost economics) in order to marketize shareholder value by marketizing the internal economy of the PRU..

Meanwhile the Top 1%  who were contained after the creation of social security, and the labor movement of 1913, after the 1973 oil embargo, made a steady climb to attain wealth accumulation.

In the beginning universities operated by adhocracy (flexible, adaptable, and informal organizational structure without bureaucratic policies or procedures).  Faculty became clan governed and had the space to create, have agility, and live in constant change. The PRU in hierarchy, was all about control, with the leader coordinating everything the faculty and student does with the help of digital technology and high does of Taylorism, Fayolism, and Weberism to kee the bureaucratic PRU humming along. The PRU has moved from adhocracy to clan, to TFW hierarchy, and now to market bases of transaction cost economics. This is a radical shift in the PRU, with the last phase from TFW hierarchy to market-focused university reproducing inequality in the society.  With marketization of PRU, it is no longer in the service of democratic knowledge.

Market is seen as a way of aggregating knowledge of PRU faculty and students.  The Mass education is now seen as a distortion of markets. The neoliberal ideology says the market can align faculty research and teaching to serve market needs.The commitment of PRU to reduce income inequalities has shifted, and only economic efficiency and academic capitalism counts. There is an increasing subordination of PRU to market mechanisms inits academic capitalism form. The internal form of the PRU changes in ways that is relevant to democracy. There is a de-professionalizaiton of the faculty role into subordination to the administrative hierarchy by increases in Taylorism, Fayoloism, and Weberism (The TFW virus).

As a Market-Economy, the PRU orientation is to compete, its leaders are hard-drivers, and the value drives is market share, and the theory of effectiveness is aggressively competing to meet customer expectations. In the socioeconomic approach to management, we help organizations move out of Taylorism-Fayolism-Weberism  (TFW virus) into the Adhocracy, where being Agile once more becomes possible.

The State is no longer interested in solving social problems, or in a ‘problem based learning; (PBL). Rather the interest is in the performativity indicators (outcomes assessment, journal article ranking, university rankings, accreditation) that set standards to discipline behavioral change in PRU.

The focus now of the PRU is on redefining the faculty labor contract, and social rights and medical benefits of graduate research assistants and teaching assistants , while treating them as employees of the university rather than as students, and how this upholds employer rights over its employees.

Why have we forgotten the charge of universities in the public sphere (Habermas) in the 1950s and 1960s, and the improper functioning public sphere since the 1970s.  The public sphere is not reduced to its corporate form, managerial hierarchy, and the dismantling of the PRU, and unbundling the mission of citizenship.

The problems of Late modern capitalism since the 1970s has everything to do with utilitarian shift of the PRU, derived form the corporation, and its market that is becoming the PRU market.

After the 1980s, the relation of PRU to its context shifted, and a particular corporate context took over. Public education was to upgrade all jobs, and decrease income inequality.

We are witnessing a reduction of the space of the public university in order to establish the hegemony of the corporation, in its promotion of Academic Capitalism.

The university as a knowledge economy in 2016 exhibits key socioeconomic dysfunction to drive down working conditions and wages of the PRU itself in a process of deskilling faculty, staff, and eventually the administrative hierarchic order.

Products of research are being sold to the highest bidder. We are getting a reengineering of PRU research that assumes structural determinants of behavior of faculty, students, and staff. We have the rise of anti=social sciences in an arcane form of behavioral sciences (John Hollywood).

John Dewey argued that the public depends on dialogue, with politics as the interplay of publics. The market is outside of dialogue, and in that sense, anti-democratic.

The neoliberal knowledge economy regime is narrowing the possiblity of any inclusion of poverty and lower class students, and making middle class access more and more prohibitive PRU higher education . It is a narrow focus on non-inclusive economic growth as the wealthy class opts out of the mass higher education model that was viable after WWII until the 1973 oil embargo. In sum, in 2016 the PRU is no longer inclusive of the lower class or middle class. The system is now designed for tuition and fees to rise, and have no cap, which is the language of global higher education regime is more efficient form of Academic Capitalism.

PRU are being reengineered, and unbundled, as the functions of the university are being outsourced  and privatized to the so-called ‘free market” (which does not exist) under the banner of an efficiency of PRU. Free market is actually bifurcated, with those in student, faculty, and staff positions being disciplined and punished by the ‘free market’ while the wealthy corporations and 1% billionaires are granted access to a welfare market.

Research is being commodified in the PRU. In the Entrepreneurial State, the PRU accepts the risk for the research, while the corporation reaps the benefits of the research. And the research under the drive to quickly get to market, is decreasing the creativity of research.

PRU is reengineered to seek corporate for-profit partners. The new partnerships set up to derive profit from sectors of the PRU, in order to make those profits available to shareholders. For example, speed up commercializations of faculty knowledge (research) by patenting and licensing to commercialize the commons.

STEM subjects have continued public funding by federal government, and are therefore protected, as compared to non-STEM subjects.

What should a PRU be?  We need to understand our own complicity in the  de-professionalization of our faculty work. If we are bystanders, sticking our heads in the sand, then the marketization of the university goes on without any resistance.

What comes next? I think Chris Newfield has his finger on the pulse of the PRU. We have gone through a major shift, and its going to take the Left to stand up and be counted, which they were not willing to do yesterday, in the Trup